AUSTIN — Texas Railroad Commissioner Ryan Sitton spoke to a crowd of more than 150 about the state of the energy industry and how it affects businesses in Texas at a luncheon today hosted by the Pearland Chamber of Commerce. The Chamber has been building business, leaders and community for more than 43 years. Sitton also discussed his work at the Railroad Commission on behalf of all Texans.

“No one does a better job of producing oil and gas than Texas,” Sitton said. “The energy industry in Texas is leading America toward a position of global energy leadership. And the hard work of Texas energy producers is making our country more safe and prosperous. The Railroad Commission will continue to foster an environment where energy can be responsibly produced as efficiently and effectively as possible.” 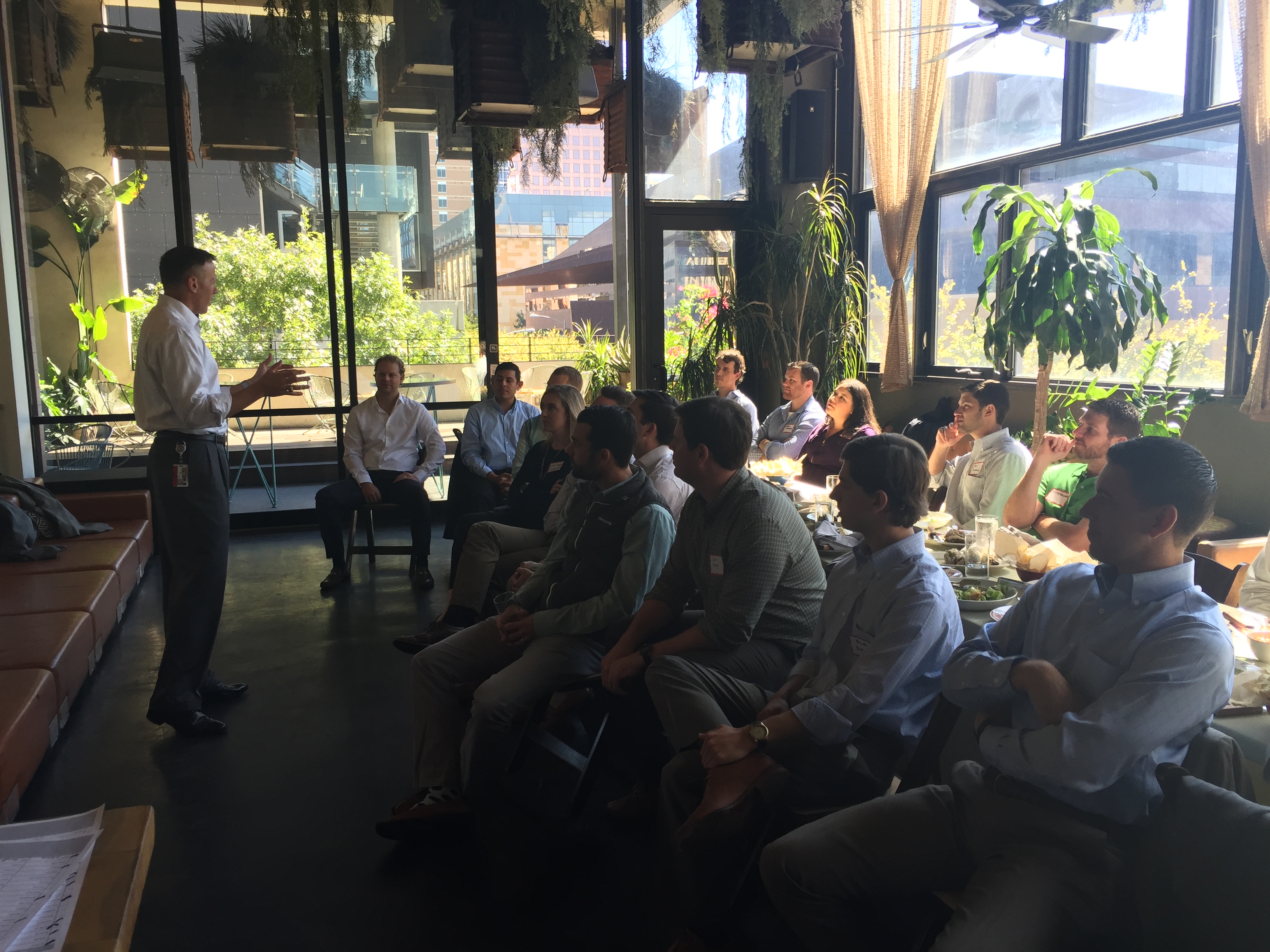 Elected to the Railroad Commission Nov. 4, 2014 to a six-year term, Commissioner Ryan Sitton won the general election with over 58 percent of the vote.Ryan Sitton is one of the world’s leading energy experts. He is the first engineer to serve on the Commission in 50 years. A native Texan who grew up in the Irving area, Sitton is a graduate of Texas A&M University where he earned a degree in Mechanical Engineering, and met his wife, Jennifer. In 2006, Ryan and Jennifer founded PinnacleART, an engineering and technology company focused on reliability and integrity programs for the oil, gas, and petrochemical, mining, pharmaceutical, and wastewater industries. As Railroad Commissioner, Ryan is working to make the Commission more efficient and effective so Texas can lead America to energy independence.
About the Railroad Commission:
Our mission is to serve Texas by our stewardship of natural resources and the environment, our concern for personal and community safety, and our support of enhanced development and economic vitality for the benefit of Texans. The Commission has a long and proud history of service to both Texas and to the nation, including almost 100 years regulating the oil and gas industry. The Commission also has jurisdiction over alternative fuels safety, natural gas utilities, surface mining and intrastate pipelines. Established in 1891, the Railroad Commission of Texas is the oldest regulatory agency in the state. To learn more, please visit http://www.rrc.texas.gov/about-us/.