The project, which will deepen the 36-mile ship channel to 52 feet (MLT) Mean Low Tide from the current 45 feet MLT, is critically important to the people of Texas, America’s energy industry and the nation’s economic and national security. Furthermore, Texas economists have predicted that expanded crude oil exports could result in 30,000 additional jobs in Corpus Christi alone.

“The U.S. is poised to dominate global markets in this new energy paradigm, but a lack of appropriate transportation infrastructure could hamper our ability to realize our economic potential to fill the world’s needs for American energy. We must make investments in pipelines and the ship channel improvement project so that as production rises, we have the ability to safely and efficiently move those products around the globe.”

Charles Zahn, Chairman of the Port of Corpus Christi Commission, spoke at the event, stressing the importance of the Ship Channel Improvement Project to the nation.

“The Corpus Christi Ship Channel Improvement Project represents a top priority on the port’s list of infrastructure improvements. The Port of Corpus Christi is the only port in the Gulf with federal authorization to go to 54 feet,” Zahn said. “As the United States’ number one crude oil export port, the Port of Corpus Christi is the premier energy port in the nation. Port officials look far into the future to ensure this port remains a front-runner in the energy realm. The deepening and widening of the Corpus Christi Ship Channel ensures energy security, and secures our nation’s role as an export leader for years to come.” 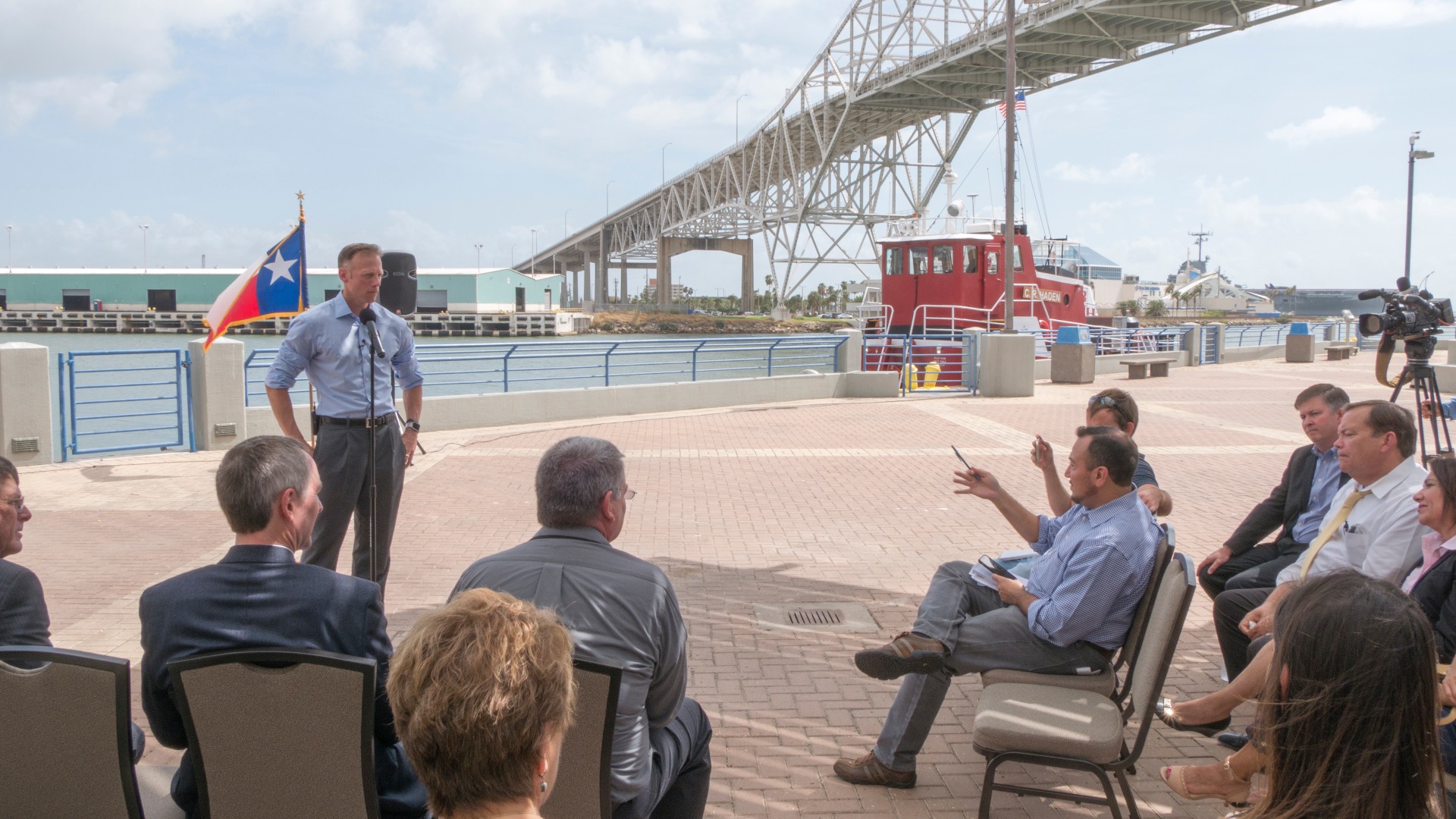 Ryan Sitton was elected to the Railroad Commission in 2014 and is the first engineer to serve on the Commission in 50 years. Sitton is one of the world’s leading energy experts and founded PinnacleART, an engineering and technology company focused on reliability and integrity programs for the oil, gas, and petrochemical, mining, pharmaceutical, and wastewater industries. As Railroad Commissioner, Sitton uses his technical expertise and business experience to make decisions for the state that are based on sound science and employs a fiscally conservative approach to prioritize the agency’s efforts.